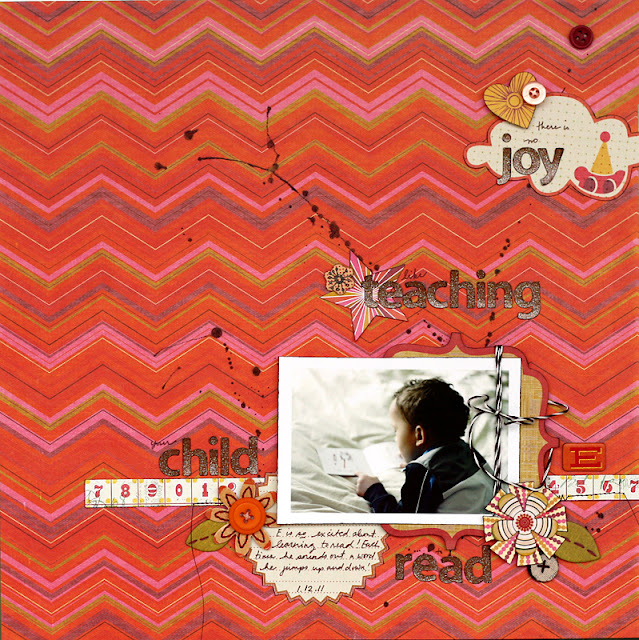 Leah Farquharson
My philosophy: Artistic expression is a part of *who I am*. Not only do I have to have creative outlets, but I thoroughly enjoy them! Scrapbooking gives me the opportunity to combine so many of the things I love, at the same time giving me the chance to tell our family story, celebrate the things in our lives, and speak to my loved ones. Scrapbooking is more to me than just pretty pages – it’s a combination of all of these things.
I discovered scrapbooking about 6 years ago, and I've got a really laid back attitude. I scrap whatever strikes my fancy at the moment, and don't stress over all the photos that I don't have scrapped. In fact, some just make their way into albums!

My Style: I've sorta settled on "Vintage Modern". I usually start with clean, bold colors and lines, then throw in a few vintagey elements like flourishes, stitching or buttons. It's also evolved over time to include some "artsier" elements like inks and paints, masking, and different mediums!

My Method: My pages usually start for me as a story that I want to tell.  Then I find or take a photo{s} that best illustrates my story. Paper, embellishments, and techniques all follow.

My Objective: To share the joy that comes from scrapbooking with others.  To encourage others to share *their story*. To teach. To take part in Design Teams. To publish my work.  To inspire others.

Education: I've taken several Photoshop classes (all three levels of Jessica Sprague's - gotta love her!), and various art classes (photography, sketching, ceramics) but mostly, I just love art. So, books on photography, graphic design, color theory, and art history all make their way onto my reading list. :) My hubby lovingly refers to me as his "art nerd."


You can check out a gallery of my work here.

Published Work:
{Note: to see press related to crafting and my handmade business, please refer to the press page at bluebirdchic.com}

leah
Leah Farquharson. Owner of Bluebird Chic, LLC. I no longer keep this blog active. Please visit me at bluebirdchic.com if you're interested in seeing what I'm up to! 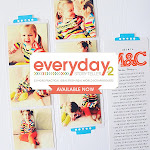 This is the personal blog of Leah Farquharson. All artwork, photography, and designs shared here are protected under copyright law. They may not be copied, submitted, or shared without my expressed written consent. They may not be copied to create your "own version" and used for classes, magazine submissions, or design team assignments.